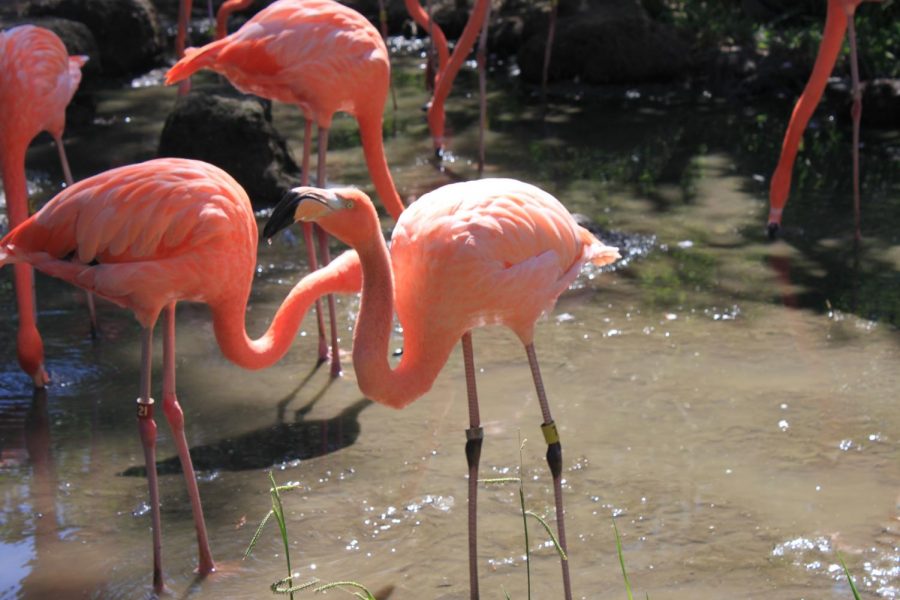 The day began bright and early at nine a.m. at the Sacramento Zoo, located at 3930 West Land Park Drive, Sacramento. I was met with the cheerful face of Monique Luna who runs the Zookeeper Tag-along program. This program was created to take 7th-12th-grade students behind the scenes to be shown what all goes into maintaining the grounds while also caring for over 500 animals. 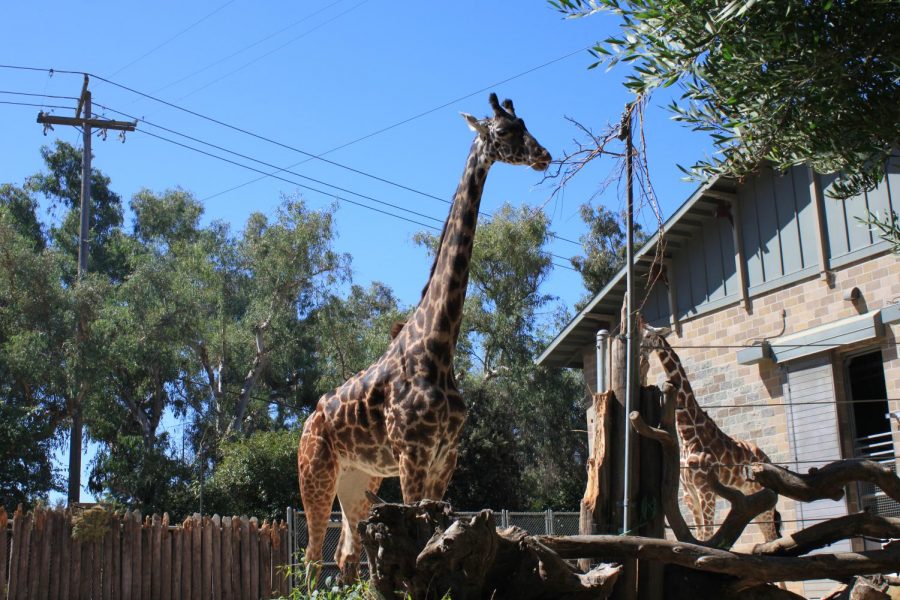 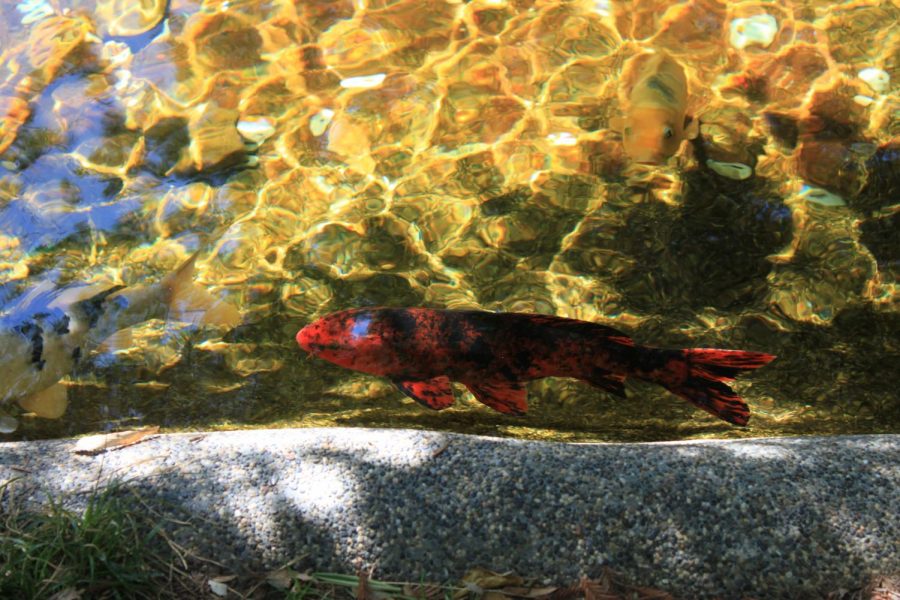 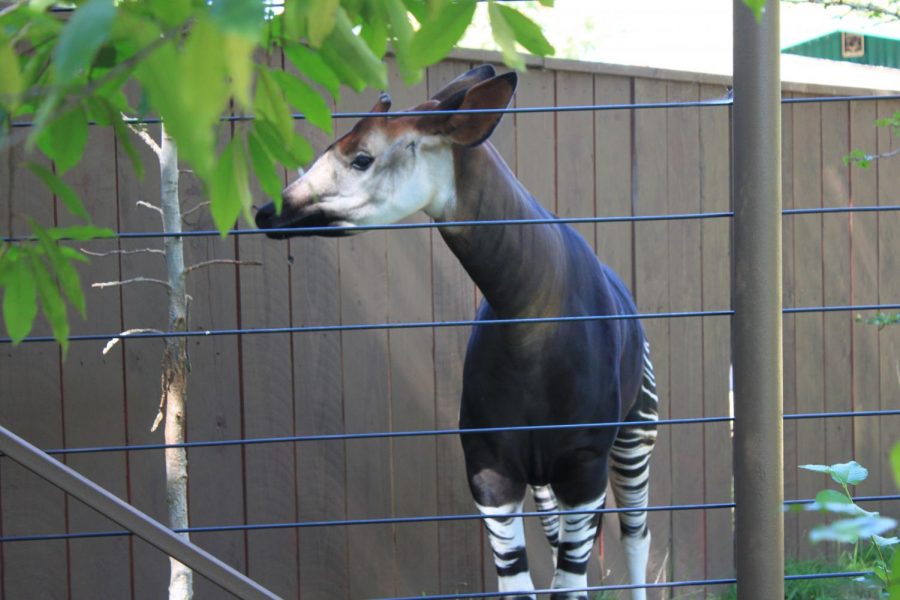 The first location we toured was the kitchen, where staff creates all kinds of meals for each individual animal. Three rooms were filled with fruits, vegetables, all different types of leaves, meat, insects, and believe it or not kibble. On the island, where the food is prepared, was a board that had every single animal’s name and diet listed so that they receive their proper meals. While we were there, two chefs were inside making the animals lunch for the day and we were able to ask them questions about what they do and why. They were both very enthusiastic about what they do and one of the chefs was actually new to the zoo, she started a week prior.

On our way out, Monique Luna pointed out to us this wall that had loads of papers hanging up that are logs of what happened the day before in each exhibit. The keepers have to write down everything that happened that day to insure that they are aware of any and all changes in the animals’ behavior. We then continued our day by going to the lion inclosure where we met another zookeeper who was there to take us inside.

Currently, the lions are off-exhibit because their area is being remodeled and opened into what used to be the tiger’s enclosure. Since the two species live in two very different types of ecosystems, the zoo is working to replicate the planes of Africa in the new exhibit. We were fortunate to be able to help transform the area, it’s estimated that it will take another month or so before it is ready but it is good knowing I was a small part in creating their new home. During all of this remodeling, the lions live off-exhibit behind the scene where no tourists can view them. To get to the exhibit we had to walk past their housing area, and it was one of the most surreal moments because when I went to look at the lions the female, Cleo, jumped up to look out the window right at me. There was just a solid door in between me and this six feet tall lioness who was so beautiful.

The day was at its halfway point and to finish off the program, Monique took us to five other exhibits where she explained what animal had inhabited it before the current residents. She explained what had to be taken into consideration when transforming an exhibit, which is simply the animal. She even revealed that in the upcoming months they will be remodeling the pond area into an exhibit for crocodiles. They are very excited and wanted our inputs on how we would design it taking into consideration everything we learned previously.

With only a few minutes left remaining in the day, we were able to ask any remaining questions we had before we were dismissed. It was a very intriguing day and I was able to walk away with the experience, opening my eyes to future careers. There is so much more that occurs on a day to day basis at the zoo than I would have ever guessed unless I had gone that day. I am very thankful I was able to go, and I highly encourage anyone who is interested in a career surrounding animals to look into this program. The Sacramento Zoo offers this program three times in the fall and spring to students who are enthusiastic about wildlife. To register, all you have to do is go to their website and click on teen camps, it is the first camp to pop up. This is also not the only thing they offer, they offer behind the scenes tours to anyone along with a day-long camp for elementary school students looking to rub elbows with the monkeys.

The Sacramento Zoo is full of kind-hearted people whose goal is to make sure the animals are happy and taken care of to their best ability as well as educating the public. Doors open at 9 am leaving a full day of adventure to those ready to embrace all of the beauty within.