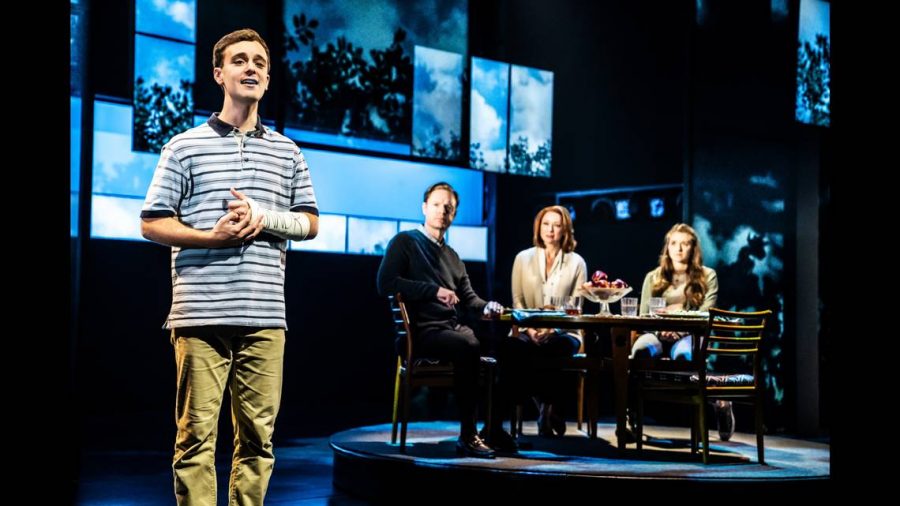 “Waving Through A Window”

The second act begins and the crowd goes silent before the tears start streaming down their faces. The only thing that could be heard throughout the whole theater was the sound of the actors’ voices. The actors’ voices break with the anger and the pain in every note. Tears streaming down their faces and snot running down their noses as they reach for a warm embrace. Everything comes to an end without the fairytale ending usually found in Disney films but the harsh reality that comes with mental illness is depicted.

The intriguing and tear-jerking performance of the Broadway musical, “Dear Evan Hansen” took the stage at the Dignity Health Theater in Sacramento. Shows began on January 15, 2020, and concluded on January 26, 2020, with matinees beginning at 2:00 pm and evening shows at 8:00 pm.

This spectacular show follows the emotional story of Evan Hansen on his journey of self-love and acceptance. Evan struggles with depression and social anxiety, causing him to not find friends at school. To cope, his therapist has him draft letters to himself, hence the title of the musical, to write about the best parts of his day. A troubled teen named Conner Murphy finds one of these letters and keeps it with him. That night, Conner takes his life and his parents find the letter believing it was from their son. They go to the school the next day to speak with Evan, which leads him down a path of lies because he is fearful to tell them that he wrote the letter. He grows close with the family, as if they become his own, and begins a relationship with their daughter. The life he had dreamt of was coming true until the lies become too much and the truth slips out.

The musical can be found on any streaming service as well as YouTube. It is a musical masterpiece of this century and is definitely a worthwhile, must-see.