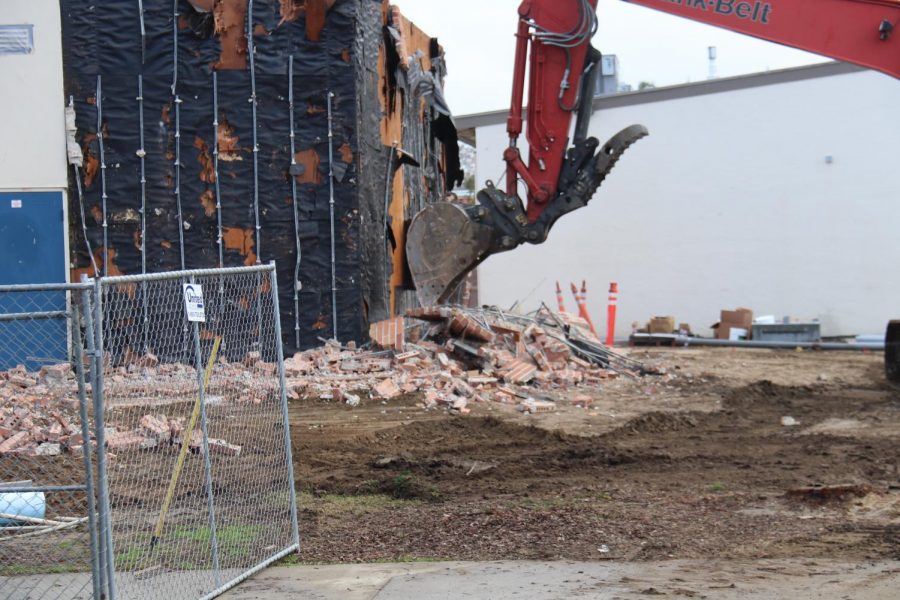 Turlock High School construction on the antiquated Science buildings has been going on for about a month now. The demolition has begun, the buildings have been completely dismantled, and now the machines are in the stages of cleaning up the debris. The ultimate reasons why the science buildings are being torn down is because they are becoming older and outdated with several problems, such as being filled with asbestos and poor internet connection to top it off. This construction has impacted a lot of students walking routes to and from classes. It also creates a lot of student traffic in certain sections of the campus that are near the construction, and it is angering many students as well.

We talked to Gage Jones, a freshman, about how the construction has affected him and responded with,“It has affected my daily schedule because everything is blocked off and I have had trouble getting to my classes and can not lock up my bike the same.” So not only has it interfered with their way of getting to class, but it has also affected their transportation to school and home. Students are unable to lock up their bikes the way they have before. So it has lead to them unable to trust the safety of their bikes. Therefore students have started to change the way they get to school. While yes, construction has had its downsides, students also believe that it will be worth all of the commotion. We talked to another freshman named Kaeley Hurte and she said she thinks, “The science building will be worth it because it may be better than it was before and it won’t cause as many problems as it had in the past.” Therefore, in the end, all of this may actually be worth it, but for now, it’s rough.