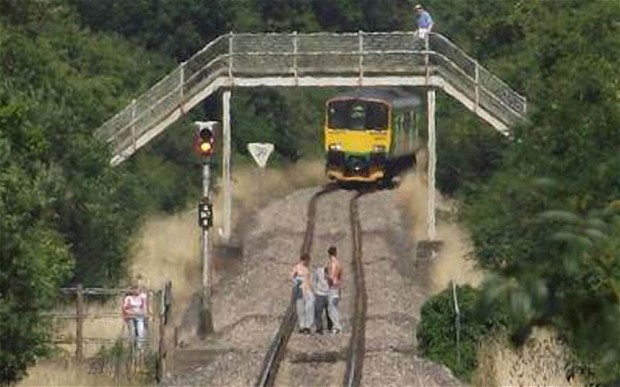 Today the quest for fun seems almost endless since we can watch movies, go to concerts and hang out with friends. Given all these options, some teens have chosen to play chicken with a 1,000-ton train that takes about one mile to come to a complete stop.

After playing chicken, the teens then post videos of their near misses to social media. There are dozens of these videos currently making the rounds on social media, some of them even depict teens playing on the track in Stanislaus county. Most of the videos depict students hanging by track and then getting on the tracks as 2,000,000 pounds of death machine comes barreling down the track. The teens then try to jump off the track moments before the train can cut them down.

This activity is a crime in California due to the fact that causing a train to make an emergency stop can cause a train to derail. Individuals committing this crime could meet possible trouble with the law that could end in a $1,000 fine or imprisonment. According to Amtrack, it can take over a mile for a train to make an emergency stop. In recent years the number of deaths via train vs pedestrian has risen according to Federal Railway Administration.

Not only does taking part in these acts show one’s ignorance, but it also shows that some people have no regard for their life. To sum it up, do not play chicken with trains because one could lose their life or liberty.