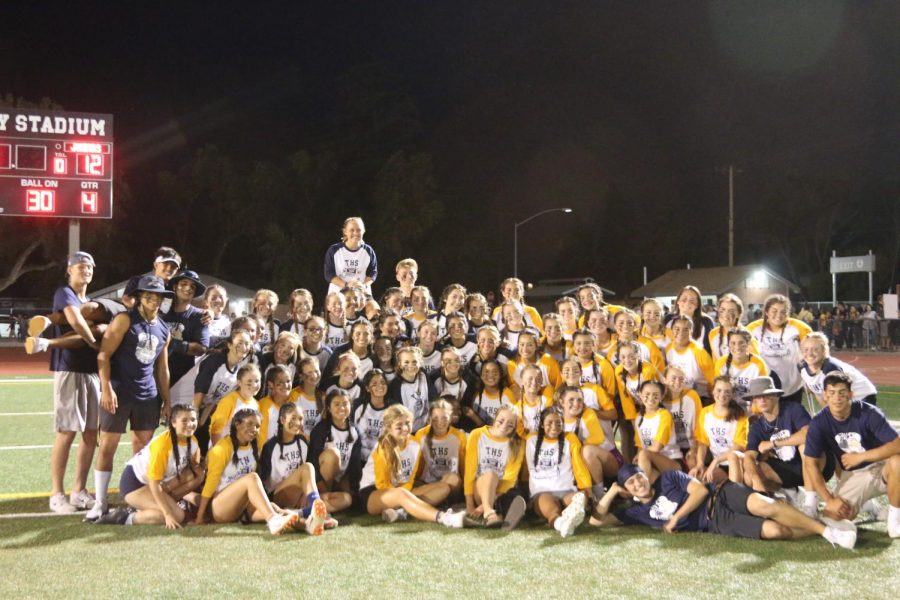 This week at Turlock High School, the Battle of the Classes week (previously Battle of the Sexes) and our Powder Puff game will commence. The Battle of the Classes will be a competition between our lower classmen taking on our upperclassmen in a feud to see who can help their class earn the most school spirit points on campus. Along with the Battle of Classes, a Powderpuff game will also be taking place Thursday evening. Powder Puff is a game of flag football played between our Junior and Senior girls, with the winners of the game earning spirit points toward the trophy which will be announced on Friday, September 27th.

The Battle of the classes takes place the same week as our powderpuff game because it is a spirit week tradition. Specific dress-up days include classy versus lazy, solids versus patterns, Dr. versus patients, and Gold versus Blue day.

This powderpuff game was a fight like no other. Seniors won the toss and gained

possession of the ball beginning on offense. While the offensive efforts of the Seniors were strong, they were not vigorous enough to get past the junior defense. Our Junior class came ready to answer when Nataly Frias scored the first touchdown, putting the Juniors on the board 6-0. Given another chance with the ball, the Senior class came up short when it came to scoring once again, getting stopped by the doughty Junior defense. After the halftime performance of the cheerleaders, Senior Ivy Bowen scored the opening touchdown of the half, tying the game 6-6. Back at it with a second touchdown, Nataly Frias scored again with great blocking from her fellow teammates, Juniors leading the ballgame 12-6.

With the fourth quarter underway, the class of ‘21  put up a strong fight intending to prevent our Seniors from scoring. As if most things were going great for the Juniors, Katja Guerrero adds six more for the class of ‘20, typing the score 12-12. In the fourth quarter, the Senior defense began to lock down and make tackles leading to an incredibly physical quarter. With seconds left on the clock, again comes Katja Guerrero speedily on a fly-sweep play to win the game for our Senior class, the final score being 18-12.

After an intense game, it would only be right if the most menacing players from both sides were interviewed. Jocelyn Lugo was a key player in the Senior defense. When asked if she believed the Seniors played the best game they could have, and she responded with, “No, because I feel like we could have used a lot more strategy and practice.” Senior class president Brock Paslay was asked to describe what the environment was like at practice, and if he believed they carried out everything from practice onto the field Thursday night. He responded with, “First half our executions were not quite there, we were a bit sloppy and flat, but once halftime ended we came out explosive and were ready for a comeback.”

Interviewing Junior head coach Cade Gilbert, responsible for both the offense and defense of his team, I asked how he felt about the defensive execution of the Junior squad, and his response was, “For the first half we were taking to our assignments and we were on lockdown, but once the second half began we lost our momentum.” This was the closest game of powderpuff that has emerged since the dawn of its existence. The powderpuff game was quite the experience for both classes, with the most unpredictable outcome Turlock High has seen in a long time. 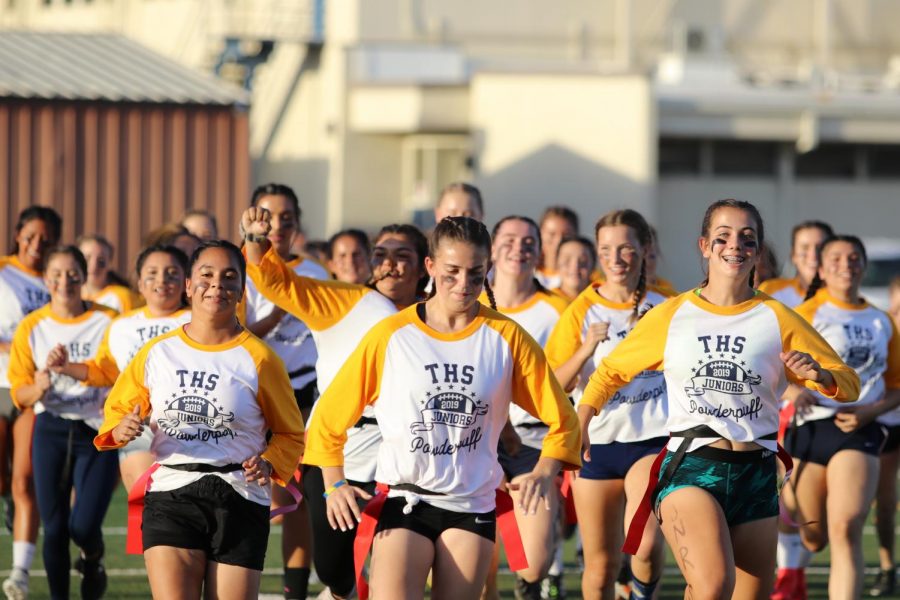 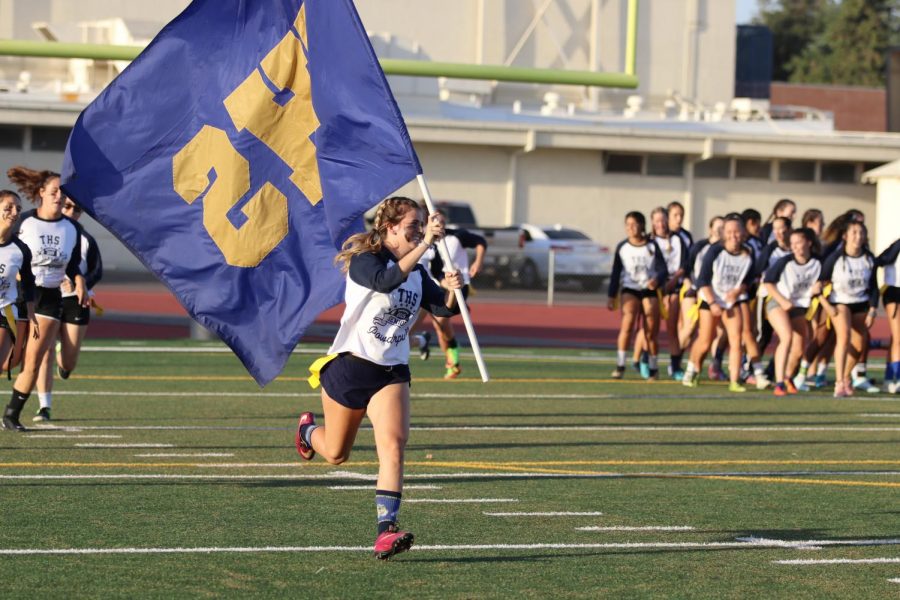 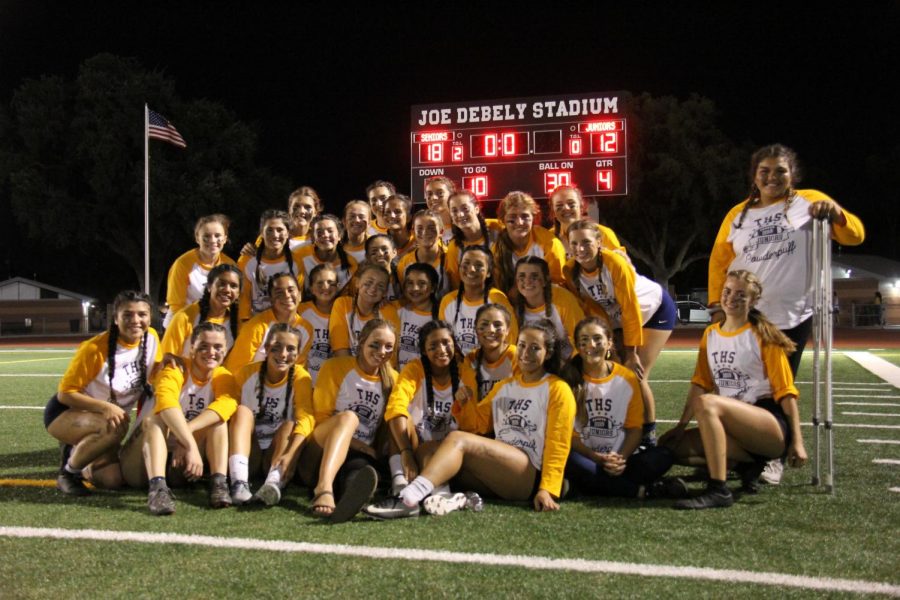