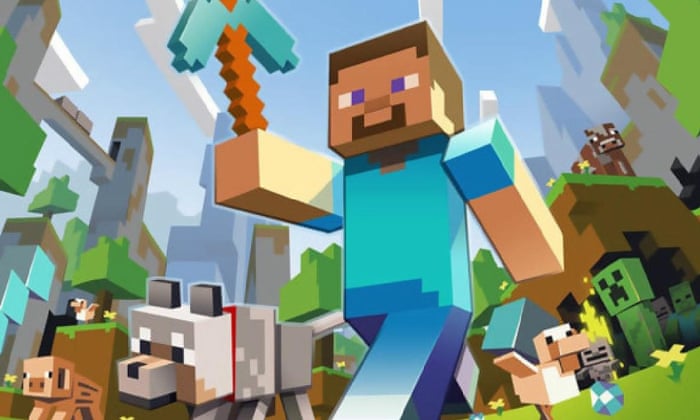 The quarantine lockdown is causing people to lose motivation in their everyday lives. This has caused individuals to search for excitement and engagement. The recent launch of the PS5 and the Xbox series X/S has left many wanting to buy the console for high-end graphics to immerse themselves in an entirely new world. Here are five games that can help cure your boredom with an array of devices.

Minecraft is rated #1 on the Microsoft store for the best-rated game. Minecraft is a 3D sandbox survival game where the limit to creativity is endless. This game is also updated regularly with new content and additional support for mods. The game itself is $20 to $30 across all platforms. Minecraft also features an education edition which adds a feature where you can mix elements from the periodic table to make new items including underwater explosives.

Phasmophobia is an early access indie survival horror game that can be purchased on the Steam website. The game is only $13.99 and supports co-op online play with up to four players. In this game, you and your friends play as ghost hunters who investigate haunted houses to discover different types of ghosts. Be on the lookout, however, as the ghost can end your character’s life and your friends will have to proceed without you. It is currently #1 on Steam on their top seller list.

The Legend of Zelda: Breath of the Wild

The Legend of Zelda: Breath of the Wild is a free-roam action-adventure game on the Nintendo Switch and the Wii-U. In this game, you play as the hero, Link, whose mission is to save Princess Zelda as well as the land of Hyrule. This game encourages exploration and experimentation with a wide assortment of puzzles, quests, and enemies in a huge open world. The average price of this game is $20 to $30 depending on where you buy the game from.

Super Smash Bros. Ultimate is a fighting game on the Nintendo Switch where the most iconic characters from other Nintendo games battle for the last man standing. Players can compete in tournaments or make up different challenges to make the game more fun. You can create your own levels and battle your friends on them. Minigames are also included in the base game and feature: Soccer, Pinball, Volleyball, Smashketball, and more. If you would like to play this game, it would cost you $60 from the Nintendo eShop or $60 at Gamestop.

Marvel’s Avengers is a third-person action-

adventure where you will fight in epic battles as the iconic Avengers in an attempt to stop A.I.M. from taking over the world. You play as a new hero trying to prove yourself to the Avengers. Throughout the game, you will take control of other Avengers to progress in the story. It is primarily single-player with exceptions to certain missions being multiplayer. This game can be played on the Playstation, Xbox, and PC for the average price of $60.

These five games are equally entertaining for a variety of reasons. For those interested in an intricate storyline, the Avengers is a game to look into. If you are more attracted to the exploring aspect, then Minecraft and The Legend of Zelda: Breath of the Wild are what you should look into playing. Phasmophobia is the type of game to play if you are into horror or are looking to get scared. On the other hand, Super Smash Bros. Ultimate is a great game choice for when you want to battle friends and family. If one does not find these specific games to be appealing, there are also a variety of games offered by each console to ensure long-lasting entertainment, whether it be single-player or co-op.