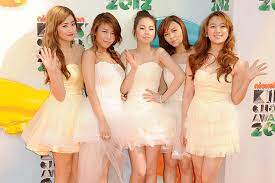 For many years, the United States has been the top producer of major artists such as Beyonce and Michael Jackson, but there has been a shift in the American music scene pushing music out to the rest of the world. For example, countries like South Korea taking over the charts with groups like BTS. The phenomenon seen today seems to have surfaced out of nowhere, and, despite the backlash it has been getting, the number of people who listen to K-pop has only been increasing.

South Korea has invested millions of dollars into their music industry to create K-Pop groups that will bring in more revenue for their government to grow. In the article, “How K-Pop became a global phenomenon,” by Aja Romano in 2018, they said, “South Korean artists have hit the Billboard Hot 100 chart at least eight times since the Wonder Girls first cracked it in 2009 with their crossover hit “Nobody” — released in four different languages, including English — and the export of K-pop has ballooned South Korea’s music industry to an impressive $5 billion industry.” As a way to attract a larger audience, it is not uncommon to see different versions of the same song in several languages. Many Korean songs include English lyrics as a way to connect with fans overseas. Aside from this, the groups are presented as flawless in everything from the complicated choreographies to the aesthetic outfits, all meant to catch the attention of viewers and make them more interested in wanting to buy the albums, tickets, and merchandise.

Apart from the way South Korea markets their idol groups to appeal to the western audience, there is an emotional factor between the idols and fans that strengthens the interest in their music. Elia Bustos, a student at Turlock High School who has been listening to K-Pop for around 4 years said, “BTS has helped me through tough situations, they were there to help me learn to love myself. K-Pop is not just the music, it is the artist and members. I get to learn these artist’s personalities on a deeper and emotional level.” As a way to destress and help cope with problems in their daily lives, many fans turn to their favorite idols for reassurance. To those who are not interested in the genre and do not understand why people put these artists on a pedestal, however, the fans come off as obsessive. Despite the judgment many fans have to face, it does not change the fact that K-pop has helped many of them find support when they needed it the most.

It is kind of like a trap in a way, first, they lure people in with the aesthetics in their choreography, music videos, and songs. After that, they start to learn more about the artist’s personalities and charms until finally there is a feeling of attachment to the artists and a wanting to keep up with their lives and music. All in all, it is an effective strategy to get people interested in the genre but after that, it is up to the listener to decide how emotionally attached they will get.