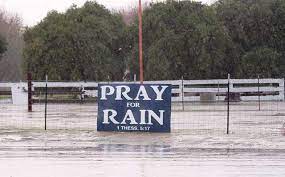 Since the last week of January, Turlock has seen quite a lot of rainfall. The windy storms caused some damage to trees and a few power lines, but January is the month when we see the most precipitation. It seems that Turlock has seen very little rain in the month of December, and, in a year, we should be seeing about 19.02 inches of precipitation into the Tuolumne River as stated by TID’s historical average.

With the few rainy days we have seen in December, November, and October, this is a rough start. December saw 3.19 inches, and September and October barely saw 0.3 inches together. On the other hand, there is a hopeful start to 2021 with a whole 3.7 inches of precipitation estimated in the month of January. There could still be drier conditions to come in the next few months or the opposite. Summarized in the Turlock Journal, it is likely that Turlock will still be barely average or below the average rainfall expected per year.

Rain is a necessity, mostly for our agricultural areas throughout Turlock. Regardless, there is a possibility that this year could be exceptionally dry, meaning restrictions may be placed on irrigation. Our county is within moderate drought intensity, meaning that agriculture is strained, ponds and creeks have less water than usual, and the patterns of wildlife begin to change. Much of the West is experiencing the drought which explains our insane fires last year. Everyone has heard of them and have definitely been impacted by droughts here in California. With this being said,  it is up to us to ensure our water usage is minimal and that causes of droughts are addressed and taken seriously.