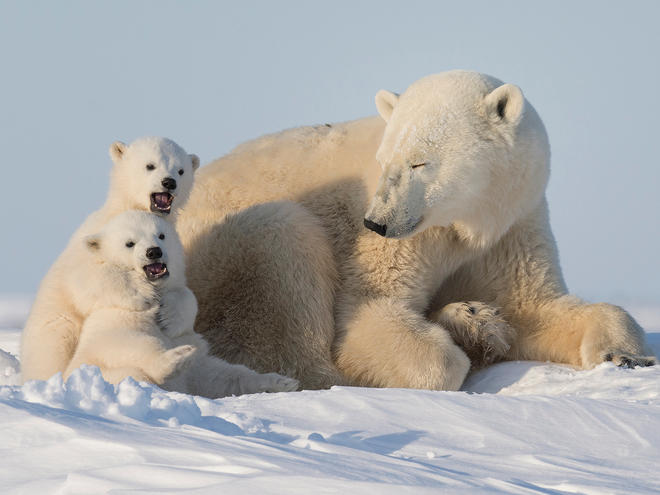 Is the Arctic Refuge Saved?

At the beginning of the new year, the Trump administration has decided to auction off drilling rights in the Arctic National Wildlife Refuge before President Biden goes into office. The untouched land has been protected by Congressional Democrats until 2017 when Republicans took control of Congress and approved oil and gas leases in the Arctic Refuge through tax legislation. The reason that the Arctic Refuge is being auctioned off is to allow oil companies to start digging into land that has never been touched and is rich in oil. This has outraged many people as the Arctic Refuge is more than 19 million acres of land and home to millions of animals including polar bears, caribou, wolves, a variety of migrating birds, and many more.

If large oil industries were to get into this untouched land, many animals would be rendered homeless. According to the BBC news, “This plan could devastate the amazing array of wildlife that call the refuge home through noise pollution, habitat destruction, oil spills, and more climate chaos.” The Arctic Refuge is a quiet, untouched land that is at peace and harmony. Allowing large oil companies to start drilling the land, would create chaos and would take away the tranquil life of all the animals living there.

Many people challenged the Trump administration, including indigenous leaders who filed lawsuits against the administration in hopes of stopping their plan. Luckily, those fighting to save the Arctic Refuge successfully were able to hold off the Trump Administration as Biden signed an executive order preventing any drilling to take place The Anchorage Daily News reported  that, “President Joe Biden signed an executive order placing a temporary moratorium on oil and gas activity in the Arctic National Wildlife Refuge.” Biden was able to sign this executive order the day of his inauguration right after Trump signed nine oil leases in the land.

Although the Arctic Refuge is not saved completely, it has temporary protection that should last for at least a decade. This could be a step forward to having permanent protection over the land considering that democrats now have control of all sectors in Congress.