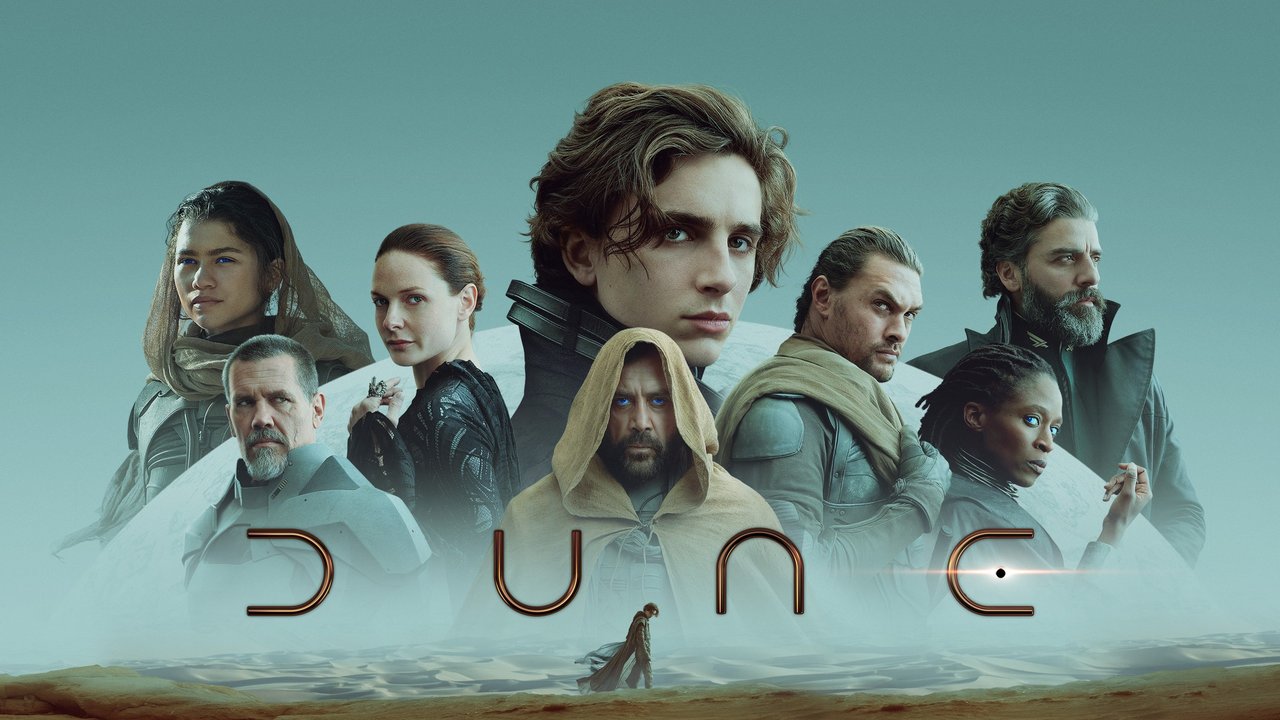 Dune is a science fiction series that was created in the 1960s by Frank Herbert. Over the course of many years, it has been adapted into several different types of media.  This review is about the 2021 Dune, directed by Dennis Villeneuve. A comparison will be made between this movie and the 1984 version, though I have read the first book, and am currently watching the 2000 miniseries. Despite this, parallels will only be drawn between the two movies.

Dune was released on October 22, 2021, and directed by Dennis Villeneuve.  The plot goes as follows: Paul Atreides (Timothée Chalamet), his father Leto Atreides (Oscar Isaac), and his mother Lady Jessica (Rebecca Ferguson), along with others from the House of Atreides end up moving to the desert planet of Arrakis. Arrakis contains a valuable material called spice, which can be used for a modicum of things that make it considered valuable. The previous owners of the planet, the Harkonnens, are not too happy about being forced off of it, which leads to their growing resentment for the Atreides. Baron Harkonnen (Stellan Skarsgård) and his nephews lead an attack upon Arrakis, in an attempt to get it back. Paul and his mother escape during the chaos and are eventually led to Chani (Zendaya), a part of the Fremen, who are the native people of Arrakis. The movie cuts off around this point, with the intent of Paul joining the Fremen in the fight against the Harkonnens.

The movie doesn’t cover as much of the first book as the 1984 version does, which is actually a good thing. The first movie didn’t pace the story correctly, which made the plot somewhat confusing and left me unsure of the key details for the story. A second film is rumored to already be in production and should answer the other half of the story, which wasn’t present in the first movie. The movie lacks some elements of Arabic culture that were present in the books, along with not having any Middle-Eastern actors, which caused a stir among the MENA community. In my opinion, its differences from the other media of Dune caused it to stand out, which elevates its position among newer movies.  Having my expectations subverted so greatly was quite a shock, and just increased my wonder towards the movie even further.

The movie is approximately two and a half hours long, which is only 20 minutes longer than the 1984 version. The characters were cast pretty well. Timothée Chalamet did a great job of showing Paul’s progression from a meek teen to a wielder of amazing power, properly acting out his changes in attitude as events unfold. I felt like Duncan’s actor should’ve been someone older, but Jason Mamoa did an amazing job portraying him. His fight scenes were amazing and he just exerted raw power throughout the scenes he was in. Everyone else definitely fits their character in one way or another, but there are way too many parallels to cover within this article. It also contains music from Hans Zimmer, who has composed tracks for movies such as Blade Runner, Interstellar, and The Dark Knight Trilogy, among others. This combination of great acting and even better music make this movie one of a kind.

In conclusion, this movie was a lot more interesting and better-paced than the other films. It has started a new era for Dune, one that will most likely lead many to become further interested in the series and possibly even the books. Such a combination of good actors and amazing music can attract more and more people to a series, and it’s all tied in by how well they handled the plot. This film gets a 9/10 from me, only missing a point due to how annoyed I was at how they stopped the movie on a cliffhanger. Despite this, the movie is still extremely entertaining, and I encourage many to watch it for themselves.