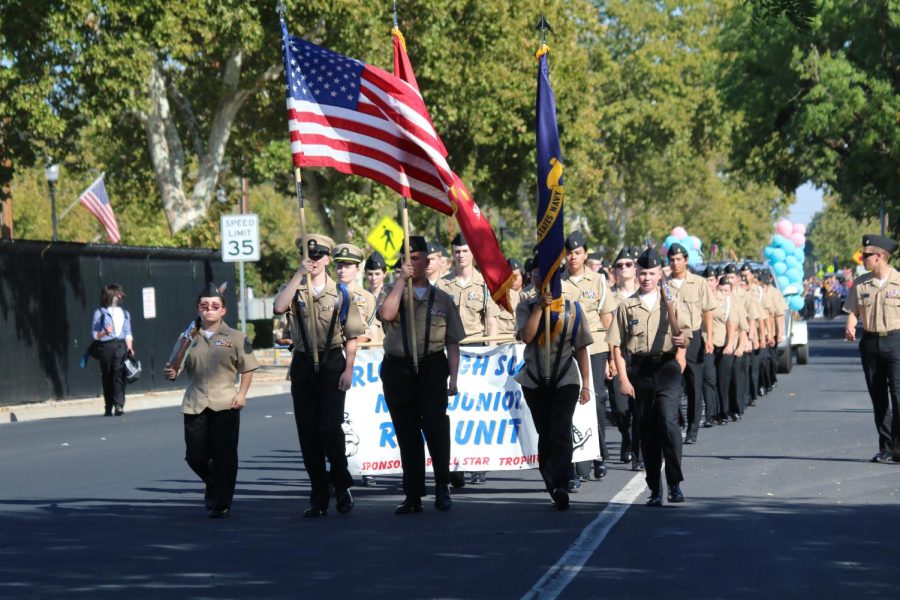 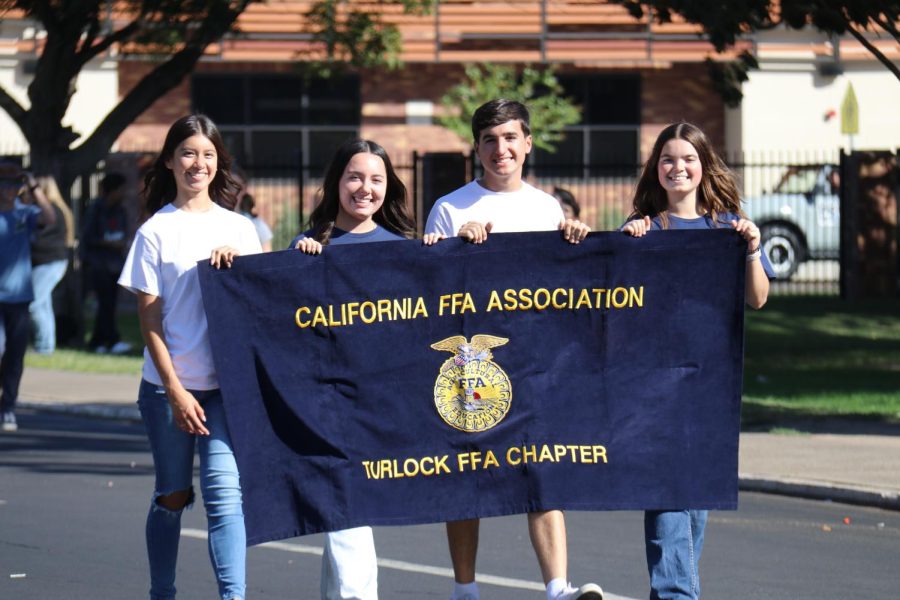 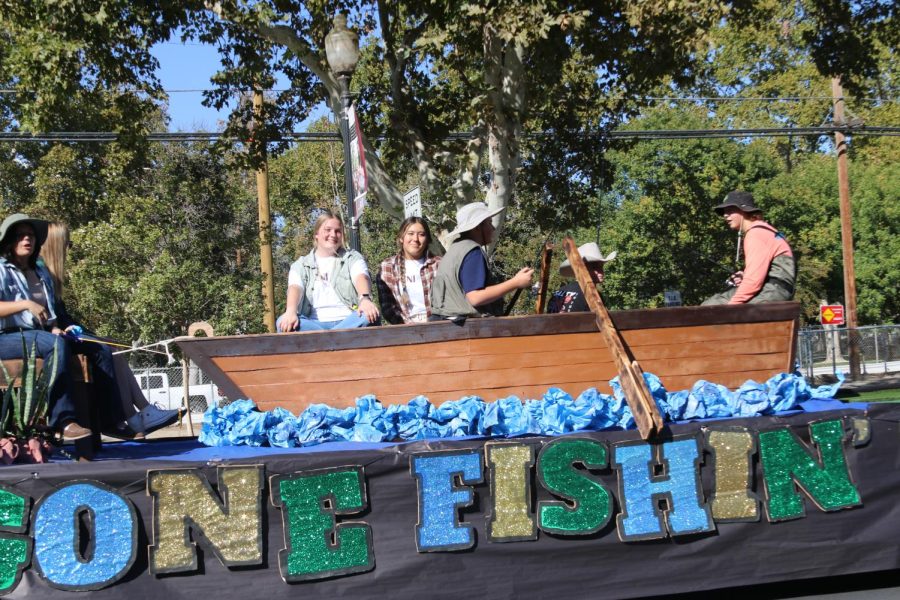 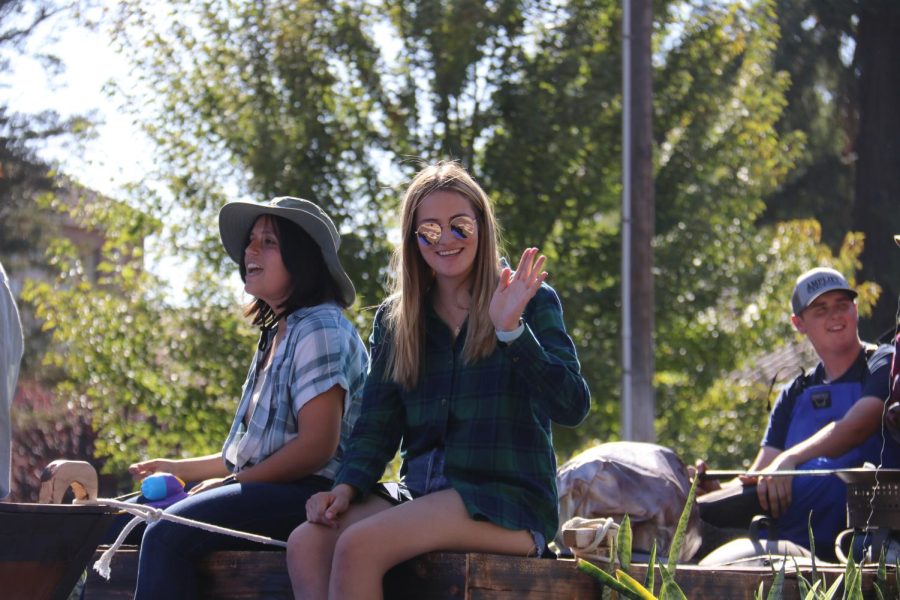 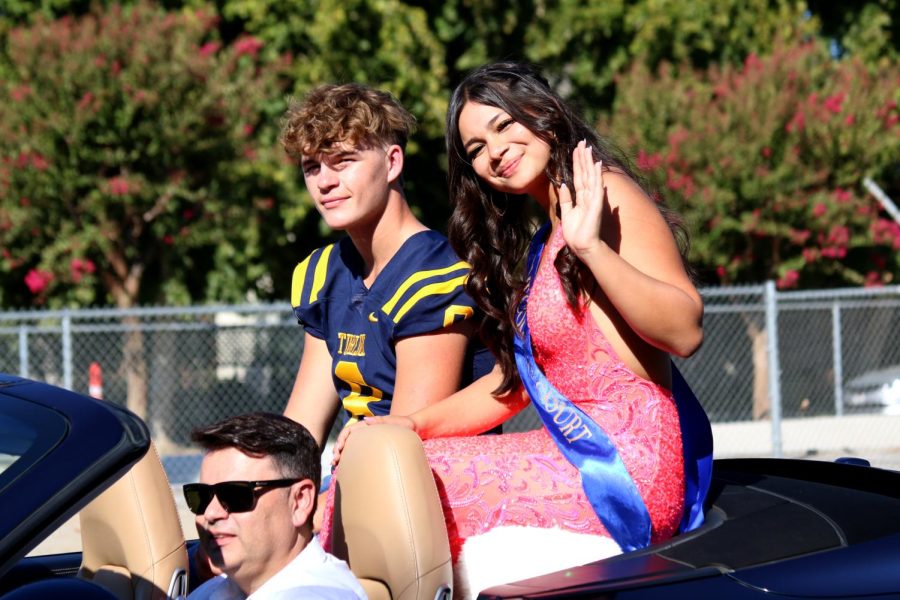 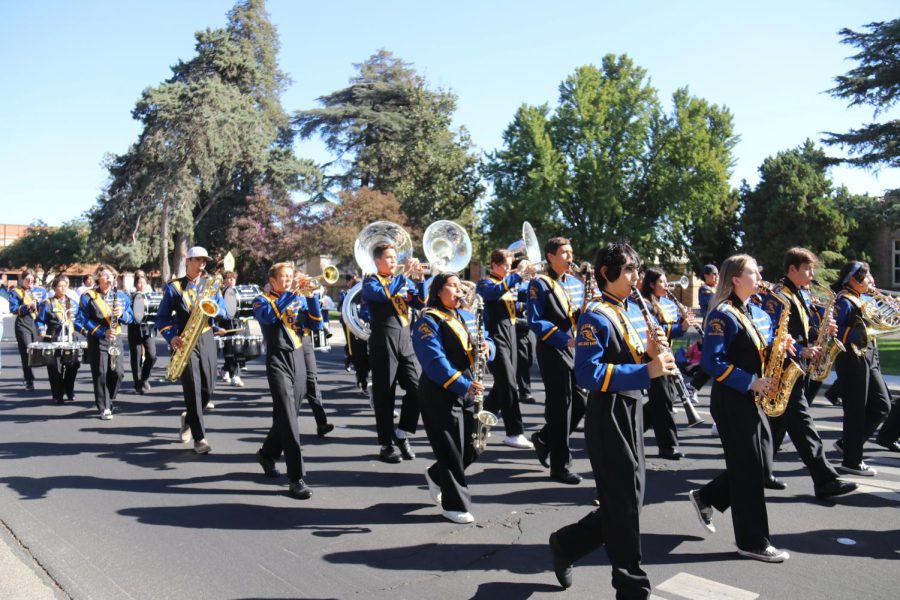 days, was this year’s Homecoming parade. This year’s theme was “We’ve Got the Beat,” and all the participating floats definitely did! Choir, FFA, GSA, Young Americans, NJROTC, and the classes of 2023-2026 all signed up to create their own floats. There was also a long list of clubs and sports that signed up for walking in the parade, such as Animation Nation, Band, Girls Basketball, Cheer, Cross Country, Games Club, HOSA, HYLC, International Club, Kindness Club, Smart Start, Girls Tennis, and Water Polo. Lots of these clubs, classes, and sports decided to choose some anticipative themes for their floats including, video game music for Games Club, “Treat People With Kindness” fro Kindness club, and most incongruous, Spongebob by NJROTC.

In last year’s parade, FFA’s float was considered one of the best when they put an enormous paper volcano on their float to match their prehistoric theme. They’ve always been known for spending lots of time on their floats, so there were very high expectations for FFA this year.

On the day of the parade, NJROTC led with about two dozen rows of students marching in unison. They showcased their Spongebob theme through their float which trailed their coordinated march. NJROTC was then followed by Turlock High School’s Band and Colorguard, as the rest of the clubs and sports listed above followed. At the end of the parade were this year’s homecoming queen nominees being driven around in luxury cars, looking at what can only be described as elegant.

The largest float, and winner of this year’s float competition, to no surprise, was FFA. Their float was led by a set of students holding an FFA banner to provide a sense of excitement, and commotion, for FFA’s approaching float. It was 50 feet long, housing ten students with many more walking around the float. Following their chosen theme “Gone Fishin’ in the Dark”, FFA housed a wooden boat on a trailer with the students in, and around, the boat, all sporting fishing rods, buckets, hats, and vests.

Second place was given to the Turlock High School Choir. Their theme was the roaring 20’s and the music of that time period was played as their float passed. Like FFA, Choir had a set of students walking ahead of their float with a poster. Filled with students dressed ready to party, engulfed in balloons, and supported by vintage music allowed one to see the eras of Prohibition and the Harlem Renaissance, which the float draws the largest inspiration from.

This year’s homecoming parade showcased lots of this year’s most prominent and important clubs, sports, and extracurriculars. It is clear that a lot of work went into the production of the amazing parade, and it did not disappoint.