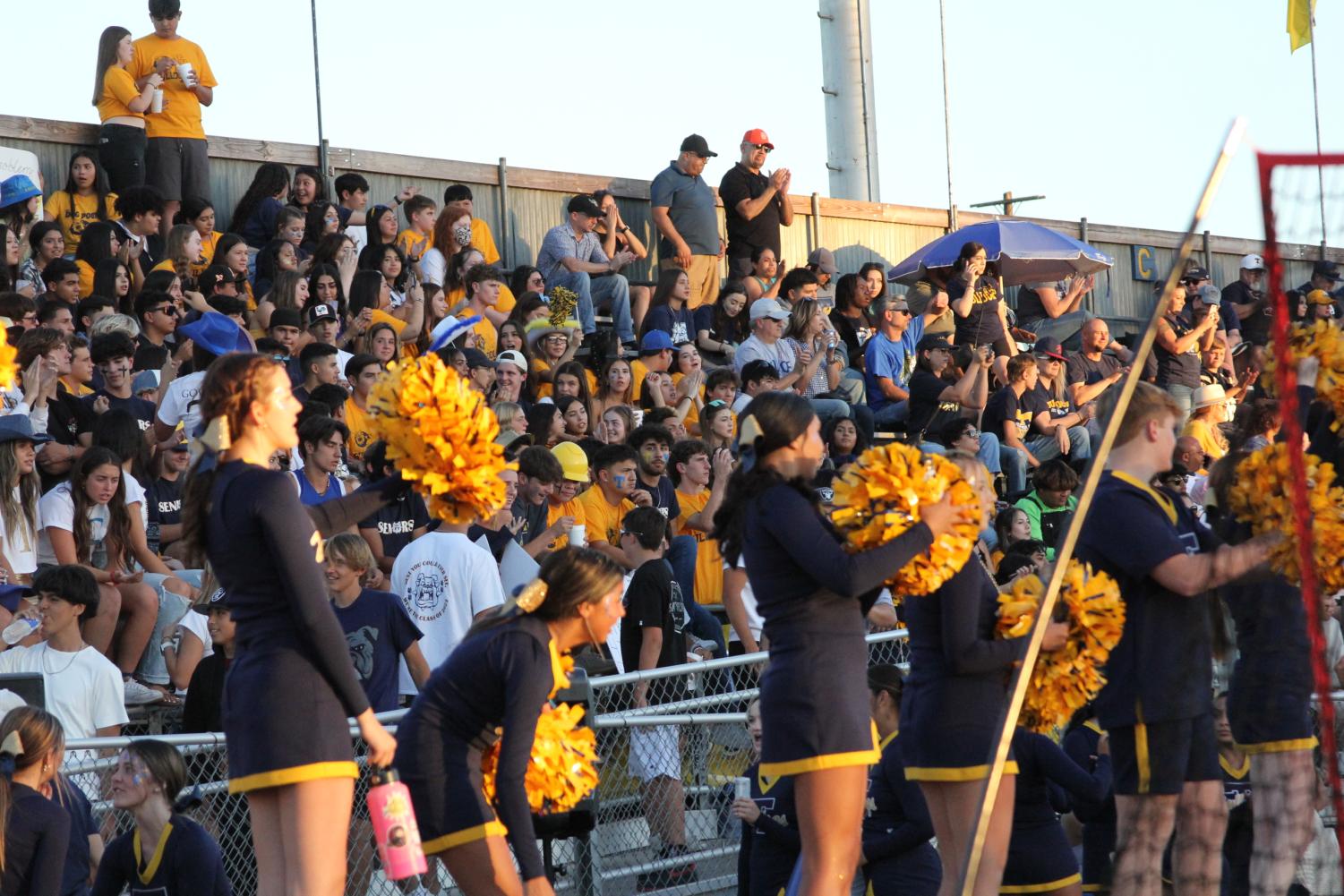 This is our house?

For this year’s Harvest Bowl, Turlock High was forced to be on the visitor side as it was Pitman’s year to be the home team. Since the first Harvest Bowl, Pitman and Turlock have switched sides every year because the field is for the entire district’s use. Sitting in the sun and being a visitor of your own field is miserable. Most students who had arrived during the JV game had to sit in the sun until it went down during the varsity game. The bleachers had become more crowded, with people trying to get the best seats and have a view to see the game.

While walking around, people probably noticed that Turlock had only two stands to get food, while Pitman had many more options set out for themselves. While sitting on the visitor’s side, the people watching the game in support of Turlock weren’t able to have much to show their support for the players other than using signs and cheering for the team. On the other side of the stadium, Pitman was able to provide many displays to show support to their teams such as their band, color guard, and cheerleaders. At one point their band members even displayed something that included fire. The district’s guidelines for both Pitman and Turlock High, it doesn’t explicitly say that our performers can do stunts with fire at school events, but it’s definitely something that should be considered.

The Bulldogs tried to show their support the best they could and it was shown throughout the game like when people had their phone flashlights on and were swaying it back and forth. As well as all the posters and chants by the people watching and the cheerleaders.

Even though Pitman was in charge this year, Turlock’s team did an amazing job and it is great that the Bulldogs were able to win another year. Hopefully, we get to claim more and more victories against Pitman in the years to come, because we can’t wait to see more of our Bulldogs on the field.