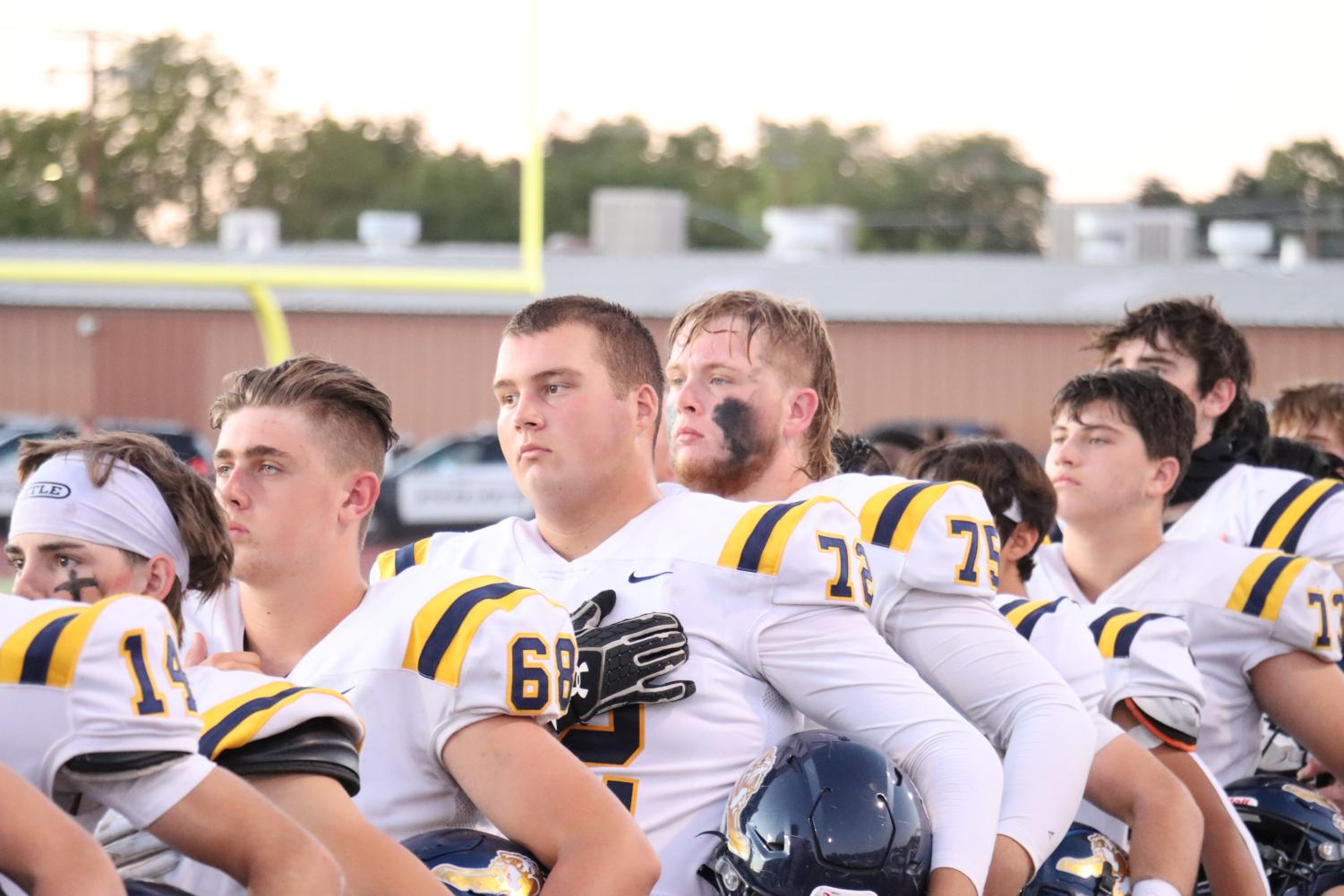 As we ran onto the field the dog pound howled, ready for us to play our crosstown rivals.

We felt the momentum on our side from the first kickoff, after an easy three and out from our defense; it didn’t take long for our offense to score. After that first touchdown, we could tell the game was going to be ours.

We would not stop scoring; every time we would get a stop, our offense would score almost immediately. At the end of the first quarter, we were already up fifteen to nothing. Seeing this gave the players and coaches a sigh of relief. Everything our team worked for in the offseason and season led to moments like these. Our first drive of the second quarter wasn’t as good as our other ones once they stopped us and it looked like the game might start swinging their way. When they stopped us for the first time all game our hearts sank. This made us even happier when we scored another touchdown, with their momentum gone, we went up twenty-two to nothing. Our defense, who refused to let up a touchdown all game, got another big stop. Our offense came out and drove down the field and got another touchdown before the half was over. The score at halftime was twenty-nine to nothing.

After we came out from halftime we almost automatically scored after two plays. We were already in the endzone. Nothing changed in our game from the first half to the second half; we just kept putting it on our rivals. As someone who comes off the bench for our team, watching the score go up like this gave me hope that I would get to play in my first Harvest bowl.  After our backups got a three-and-out against Pitman’s offense, we marched down the field and scored another touchdown, putting us up by fifty points. At the kickoff, we weren’t staying in our lanes, which led to a touchdown from Pitman. After we had almost all the backups on offense, we had to punt, giving the ball back to their offense. When we had all of our backups in on defense, our rival’s offense scored for the first time in the game, but at that point, it didn’t matter. We were going to win. When we got the ball back we let some of our own players call plays for our offense, and we scored again ending the game at fifty-seven to fourteen.

As soon as we got through the handshakes with the other team, we felt like we were on top of the world. All the tradition and the feeling of destroying our rivals hit us all at once, and it felt incredible getting back to the locker room to celebrate with the team. It was definitely a great experience to have as our first Harvest Bowl on the Turlock High School varsity football team.